A Literary History of Cannabis in the United States: Racism, Classism, and the Beats in Post-WWII America 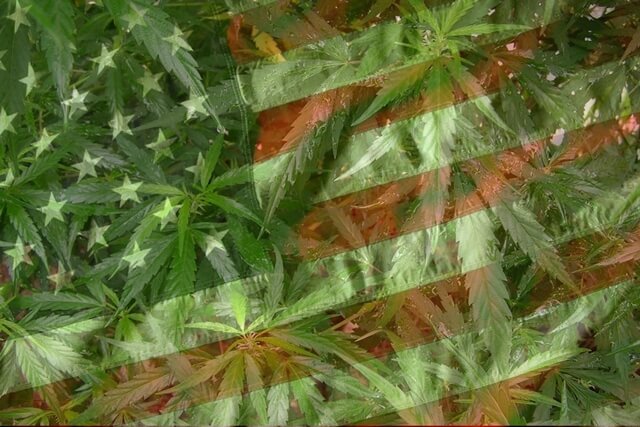 Cannabis has a long history in literature. From Shakespeare’s “noted weed” to the experiments of the French Romantics with hashish, many famous writers have used cannabis in their creative toolkit. In the United States, however, cannabis has a somewhat sordid literary history.

Following the Mexican Revolution of 1910, much of the United States saw an influx of Mexican immigrants. These migrants brought their social and cultural customs with them, including the use of cannabis as a medicine and a relaxant. Following this wave of migration, xenophobic and racist anti-Mexican sentiment went on the rise in the American public. As Mexicans were demonized, so was cannabis. Anti-cannabis campaigns spread fear of the “Marijuana Menace” and the Mexicans associated with it.

With the advent of the Great Depression, fear and prejudice of other marginalized groups in the United States also became associated with cannabis. Racist and classist research linking marijuana-use with crime and socially deviant behaviors emerged, primarily perpetrated by “racially inferior” and underclass communities.

New York, Cannabis, and the Beats

Enter Mezz Mezzrow, born Milton Mesirow. Mezz was a jazz musician from Chicago who took up in New York City, eventually becoming the main marijuana supplier of Harlem. His network introduced cannabis as a meeting place for cultural and social exchange. Mezz saw the cannabis scene as “an uncanny injection of Mexican rural life into the urban United States”. Others saw it as the “wedding ring” of an interracial marriage, linking black, hispanic, and white Americans in a culture of marijuana and jazz. As in many cultural interactions, however, this site of cultural exchange was also one of appropriation. Mezz Mezzrow, a white man, co-authored his memoir, Really the Blues, in language meant to imitate black American speech.

This underground scene became the backdrop into which the New York Beats dove in their early years. The Beats were a group of writers centered in San Francisco, Los Angeles, and New York City who sought to break out of the social confines of their generation, in both literature and society. Many of the New York Beats met at Columbia University in the early 1940s. Here, they sought a “New Vision”, rebelling against the social norms of university life. This led them to New York’s underground, the first time that these largely white, middle class writers explored “the underground black, hip culture that preexisted before [their] generation.” Many read Really the Blues.

Cannabis was central to New York’s underground. It was the glue that held the vocabulary, interpersonal networks, and social environment of the scene together, forming an aesthetic that the Beats would later spread to mainstream America with their counterculture movement. This movement would change American society forever. Cannabis formed the site of cultural exchange and appropriation that would allow this movement to flourish, making it possible for the Beat revolution to take place.