Jeff Sessions and the War on Drugs 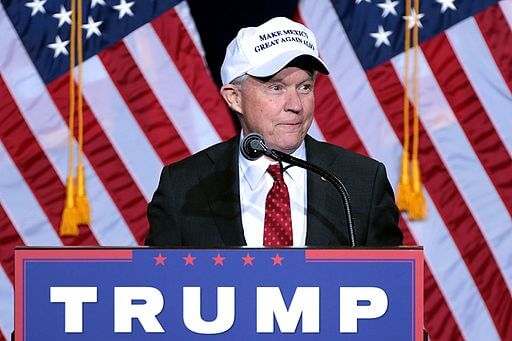 On May 12, US Attorney General Jeff Sessions issued a sweeping new criminal charging policy. Attorney General Sessions directed his federal prosecutors to pursue the most severe penalties possible, including mandatory minimum sentences. Many credit these and similarly harsh policies of the “War on Drugs” in the 1980s and 1990s for the United States’ role as the world’s leading jailer and the disproportionately high incarceration rates for ethnic minorities.

Towards the end of the Obama administration, a bipartisan consensus had emerged around criminal justice reform. A wide range of political voices, including civil rights groups, Democrat and Republican lawmakers, and even the ultra conservative Koch brothers coalesced around sentencing reform legislation. In the executive branch, former attorney general Eric Holder had instructed prosecutors to avoid charging nonviolent defendants with offenses that would result in long mandatory minimum sentences. Attorney General Sessions’ May 12 announcement decisively reversed these policies.

Sessions’ severe record on drug-related policing goes back much further, however. In 2016, while serving as a Republican senator for the state of Alabama, Sessions personally blocked national criminal sentencing reform legislation, despite substantial opposition from within his own party. As the U.S. Attorney General for the Southern District of Alabama, drug convictions made up 40 percent of Sessions’ total convictions, double the rate of other Alabama prosecutors. He has also voiced opposition to federal oversight of non-federal police departments, dismissing previous Justice Department findings on state and local police forces’ systemic targeting of ethnic minorities as “anecdotal”.

In addition to his affinity for punitive justice and harsh policing for drug-related charges, Attorney General Sessions has long espoused a virulent hatred for cannabis in particular. He infamously claimed that “good people don’t smoke marijuana”, and has long made his opposition to legalization known.

It is unclear as of yet, however, what he may or may not do to roll back legalization on a state level. While 26 states now have laws legalizing the use of cannabis in some form, it remains a Schedule I drug on the federal level, putting it in the same category as heroin. This gives the attorney general broad authority to crack down on the rising tide of legalization if he so chooses, although he would likely face a significant popular backlash.

As uncertainty looms, lawmakers have reacted quickly, moving either to strengthen or to abandon their efforts to decriminalize, legalize, and research cannabis. In non-legal states, many are bracing for a crackdown, particularly communities of color. For all those fighting to normalize cannabis and create a more equitable justice system, Attorney General Sessions’ words and actions have already had a deeply chilling effect.