Jeff Sessions and the CSA 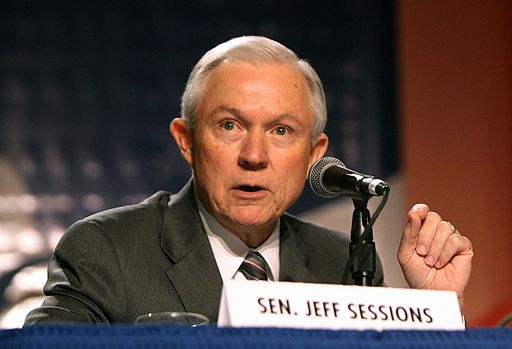 In our last post, we discussed how Attorney General Jeff Sessions has reignited the war on drugs. On May 12, Attorney General Sessions directed his federal prosecutors to pursue the most severe penalties possible for drug-related offenders, including mandatory minimum sentences, a penalty largely seen as responsible for the disproportionately high incarceration rates for ethnic minorities in the United States. This came as a blow to recent bipartisan efforts to enact criminal sentencing reform legislation, and spread uncertainty as to the future of legalization.

The Controlled Substances Act of 1970

At the center of this uncertainty is the status of cannabis as a Schedule I drug. Schedule I drugs are deemed by the federal government to have no current medical use and a high addictive potential. This classification came into use with the passage of the Controlled Substances Act (CSA) of 1970, which consolidated all previously existing federal drug laws into a single statute. The Nixon administration saw the CSA as a way to defeat the antiwar left and dismantle black communities, according to Nixon’s secretly-recorded Oval Office tapes and statements made by former Nixon aides. Despite overwhelming scientific evidence that cannabis has medical use and has lower addictive potential than alcohol, cannabis remains a Schedule I drug, making it illegal on a federal level.

Sessions and the CSA

How cannabis’ Schedule I status lines up with efforts to legalize cannabis on a state level has long been in question, and Sessions’ appointment as the US Attorney General brought this to the fore. In late May, Sessions authored a letter asking Congress not to renew federal protections in place for medical marijuana since 2014, arguing that they inhibited his ability to enforce the CSA. These protections prohibit the Justice Department from using federal funds to restrict individual states from implementing their own laws concerning medical marijuana. They have been included as an amendment to federal budgets for the previous three years. In a victory for legalization proponents, however, the Senate Appropriations Committee recently approved the amendment once again, ignoring Sessions’ request.

Meanwhile, the CSA’s constitutionality has come under attack. Pro-cannabis advocates filed a federal lawsuit on July 24 arguing that the CSA’s classification of cannabis as Schedule I is so irrational that it violates the constitution. The lawsuit also attacks the roots of the CSA, stating that the Nixon administration rushed the bill through Congress and insisted that cannabis be included “so that African Americans and war protesters could be raided, prosecuted and incarcerated without identifying the actual and unconstitutional basis for the government’s actions”. While Sessions’ efforts to roll back the legalization and decriminalization of cannabis continue, it is clear that lawmakers and civil society are actively resisting.