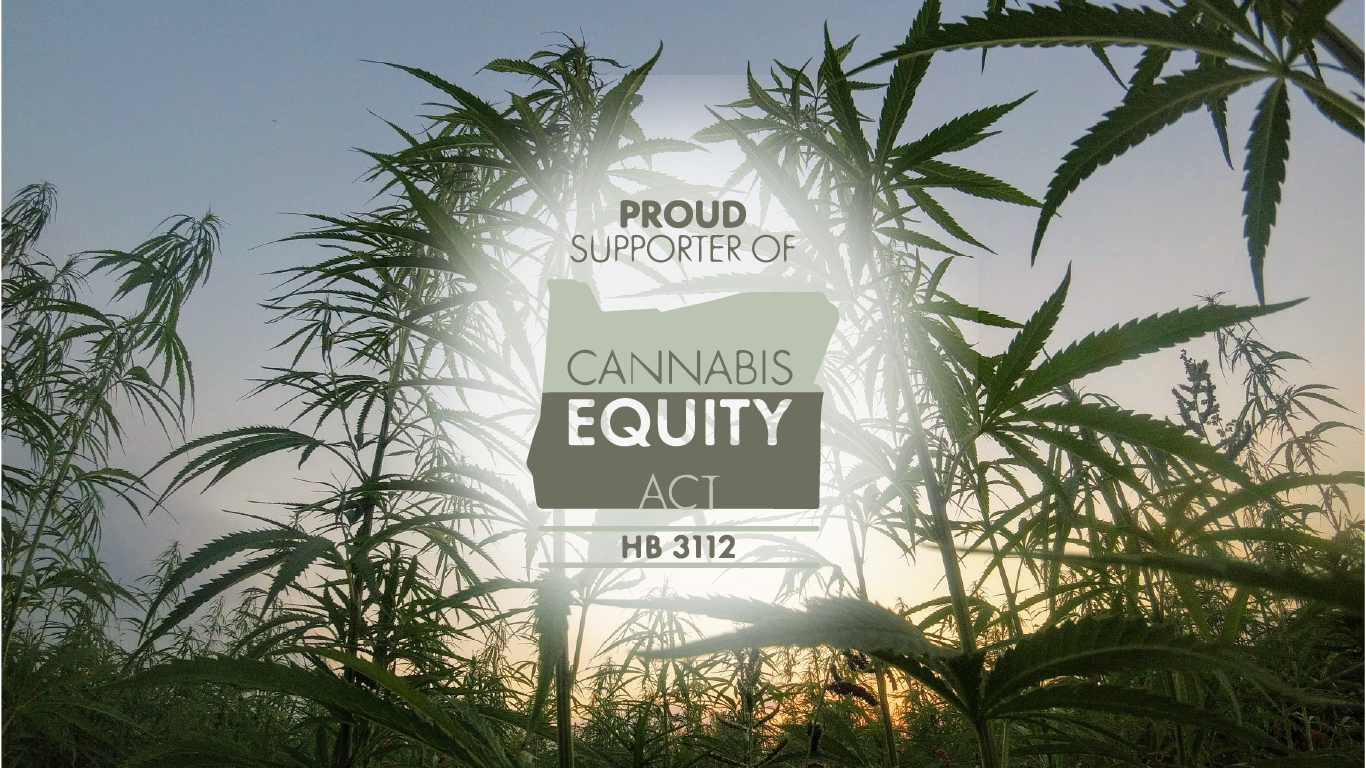 The War on Drugs was never really about the drugs.

As the newly legal cannabis industry continues to boom across the United States, with multi-millionaire celebrities like Seth Rogan and Martha Stewart cashing in on the craze, it’s become increasingly difficult to ignore the fact that many people are still sitting in jail on marijuana charges while a predominantly white demographic engulfs the newly legal market. The Oregon Cannabis Equity Act is a legislative attempt to rectify the damaging racist legislation, like the War on Drugs, and their lasting effects on marginalized communities.

The War on Drugs — a campaign launched by President Nixon in the early 70’s — created American legislation that unfairly targeted Black people and other minority groups in the United States. Decades later, the War on Drugs continues to disproportionately affect Black communities and people of color, particularly when it comes to cannabis. While both white and Black groups have historically used and sold drugs at similar rates, today 74% of those imprisoned for drug possession are Black.

In recent years, it appears that whether someone is praised as a cannabis entrepreneur or written off as a “drug lord,” has largely been determined by the color of that person’s skin.

Oregon has introduced legislation that aims to fight the lasting repercussions of the War on Drugs. The Oregon Cannabis Equity Act is legislation that was introduced in early 2021. Currently, the act is still in its drafting stage and has not yet been voted on by the senate – the first step in making the act become law. If passed, the law will be enacted August 22nd, 2022.

If you’d like to read the bill in its entirety, 40+ pages of legal jargon and all, feel free. I have also taken the liberty of breaking it down for you (you’re welcome).

The major portions of the bill are as follows:

As you can see, the bill includes legislation that would allow for legal cannabis delivery in Oregon, as well as on-site consumption. This means in the next five years you could have your bud delivered to your front door along with your Domino’s, or you could spend Friday night trying a sample flight of different strains in a smoke lounge.

Additionally, the creation of shared processing licenses would allow for multiple processors to operate under one roof – reducing overhead costs which could lead to a reduction in price across extract and edible companies. We’re very excited about these possibilities, and will delve into them more in later posts.

For now, let’s stick to the issue at hand: equity in the Oregon cannabis industry.

The Cannabis Equity Board

The Cannabis Equity Board is essentially a board of directors created to oversee Oregon’s cannabis businesses. The board exists separately from, but within, the governor’s office, containing nine governor-appointed members. A Cannabis Equity Board member is a salaried position with a four-year term. Members appointed to the board must have prior knowledge of the cannabis industry and may not hold any other public office positions. Five of the nine board members may not have any financial interest in cannabis-based businesses.

The board members must have representation from the following groups:  licensed healthcare representatives; cannabis producers, processors, and retailers; Equity operators; and representatives of community-based organizations that support individuals who are American Indian, Alaska Native, Black, Hispanic, or Latine.

The board will oversee the following things:

Equity Licensing will be available to entities of which over 51% is owned by individuals who are residents of Oregon and meet the following requirements:

The bill also states that applications filed for equity licensing must be processed within 30 days of submission, a clause which will allow for these minority-owned businesses to open and operate within a small time frame. The OLCC will also be required to provide support, both financial and otherwise, to applicants throughout the application process as well as after licensure.

Under the Cannabis Equity Act, persons charged or convicted of  “Qualifying Marijuana Offenses” are eligible to apply to have these offenses removed from their records. This effectively moves to decriminalize cannabis and wipe records clean of acts that, although they were not at the time, are now considered legal under current Oregon state law.

When you get a speeding ticket or commit a crime for which the court decides to fine you, where does that money go? Those funds are deposited in an account known as a Criminal Fine Account, which are then distributed among state offices such as the states’ forensic services or public safety standards. However, the Cannabis Equity Act would allocate 10% of the Criminal Fine Account to the Cannabis Equity Fund.

Additionally, in the state of Oregon cannabis products boast a 20% sales tax. The money from this tax is put into an account known as the Oregon Marijuana Account. The Cannabis Equity Act would allocate 25% of the for the Cannabis Equity Fund, and another 20% toward mental health & addiction treatment programs.

The act also states that if the Marijuana Account fund were to ever exceed $11,250,000, the remainder shall be transferred to the Drug Treatment and Recovery Services Fund.

The cannabis equity act also allows for funds from the Oregon medical marijuana account to be used to provide drug abuse prevention, early intervention, and treatment services to individuals who are American Indian, Alaskan Native, Black, Hispanic, or Latine.

Additionally, the act requires the Oregon Health Authority to annually report on the population of BIPOC OMMP cardholders to ensure these groups have access to safe and affordable marijuana for medical use. This includes plans to eliminate barriers that prevent these groups from growing their own medicine at home, including zoning laws, plant limits, and issues that result from renting rather than homeownership.

So what does this mean for Substance?

Substance eagerly awaits the time when we can watch the market fill with minority-owned businesses here in Oregon. We are so excited for all the new farms and products, and looking forward to supporting those who were previously targeted because of this industry. We are also delighted to know that a portion of the tax money we collect here will directly impact the Black, Indiginous, and Latine communities in Oregon.

Substance is a proud financial supporter of the Oregon Cannabis Equity Act HB 3112, a bill leveraging economic growth of the cannabis industry to create equity in communities most damaged by racially biased enforcement of cannabis criminalization. You too can support equity for Black, Indigenous, and Latinx communities. Follow @CannabisEquityPAC on instagram to stay active and visit https://oregonequityact.com/ to donate, learn more, and sign the Oregon Cannabis Equity Act petition.

We’re trying to get as many people as possible to sign onto a letter of support for HB 3112. This letter will go to the folks on the Joint Committee on Ways and Means, which is where our bill goes next. We need to get the chairs of that committee to understand why this bill must be passed!

Here is the link to sign the letter of support: https://oregonequityact.com/letter-campaign/

Once you’ve done that, feel free to share the link to the letter with any folks in your networks that you think would also support these reforms.

Learn more about this and other cannabis causes supported by Substance at oregoncannabisretailers.com