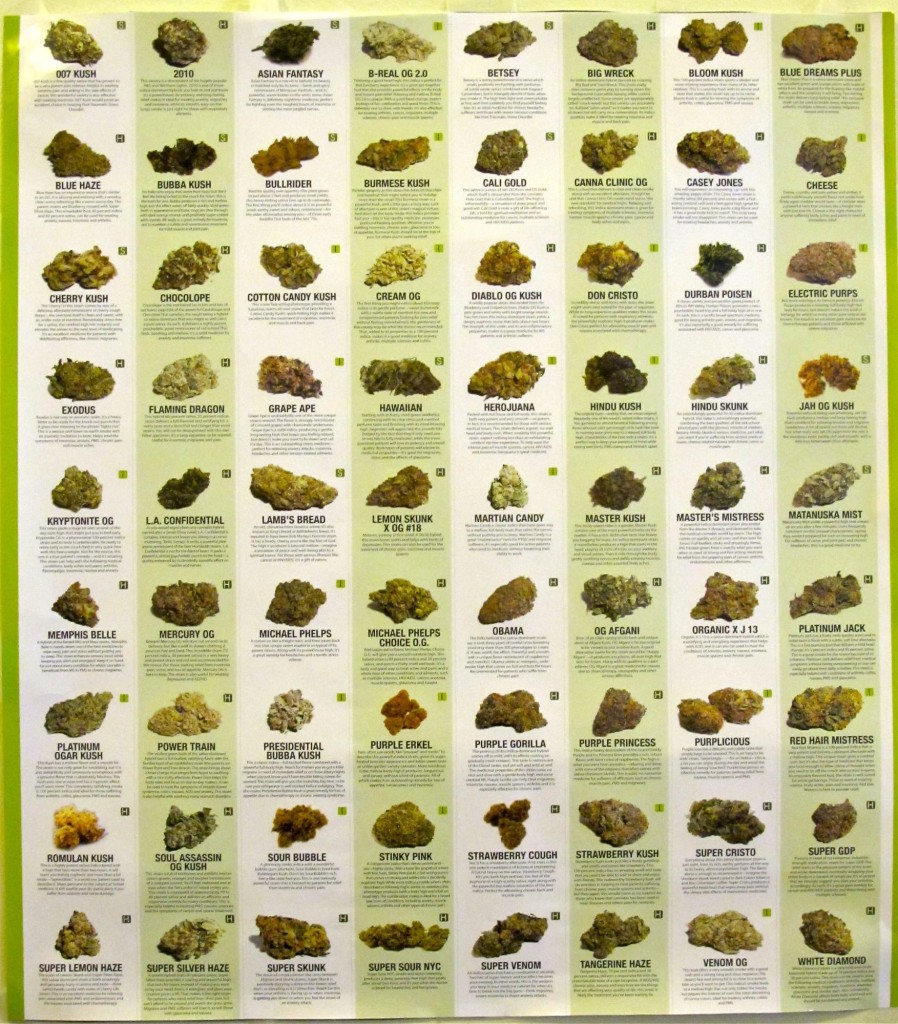 If you’re familiar with cannabis basics, you may have heard of two common terms used to describe different types of weed: indicas and sativas. These terms refer to two different species of marijuana, cannabis indica and cannabis sativa. Indicas and sativas look, smell, and taste different. Indicas tend to grow shorter and stockier, while sativas grow taller and thinner. Indica bud may have a purplish appearance.

More fundamentally, these differences refer to the plant’s easily observable traits, or its phenotype. While they do correlate with certain effects — indicas are known for their stoney body highs, sativas for their more cerebral high — we’ll have to dig deeper to get a better understanding of what lies behind the many psychoactive effects and therapeutic benefits of the cannabis plant.

We mentioned that a cannabis plant’s phenotype — its easily observable traits — tends to correlate with certain effects. But correlation doesn’t imply causation, so what causes those pleasing, therapeutic benefits that we associate with marijuana? To get a better understanding of what some of those causes may be, we’ll have to explore two additional terms: genotype and chemotype.

As noted above, indica and sativa refer to different phenotypes of the cannabis plant. More accurately, they refer to different phenotypic expressions. The plant’s genotype is what outlines the possibilities of what it can taste, smell, look, and feel like, and its phenotype is what actually shows up. That means that even if a plant has a strongly indica-like appearance and smell, it may still be storing some sativa genetics, or vice versa. This can lead to unexpected effects. With the ever-expanding range of hybrid strains out there, mixed genetics are also becoming more and more common, and mixed effects along with them.

Chemotypes in cannabis refer specifically to its THC versus its CBD content. These are two of the better-known cannabinoids, one of the main “active ingredients” in cannabis. Cannabis comes in three different chemical variations, or chemotypes. Type I refers to the so-called “drug type”, meaning that its high THC to low CBD ratio induces psychoactive effects, as well as other therapeutic benefits. Type III refers to the “fiber” or “non-drug type”, also often called hemp, because its high CBD to low THC ratio means that it induces little-to-no psychoactive effects, although it can still offer many therapeutic benefits. Type II is a sort of intermediate.

While these basic chemotypes are helpful for understanding some of the effects a particular strain may have, it is important to remember that there are at least 85 different cannabinoids in the cannabis plant, and that they produce different therapeutic benefits. Cannabinoids are not the only factor at work, either. Terpenes, the essential oils of the cannabis plant that give it particular smells, also play an important role in cannabis’ psychoactive effects and therapeutic benefits.

We hope this breakdown has helped you understand what you’re getting with any one strain, and will help you find what works for you.