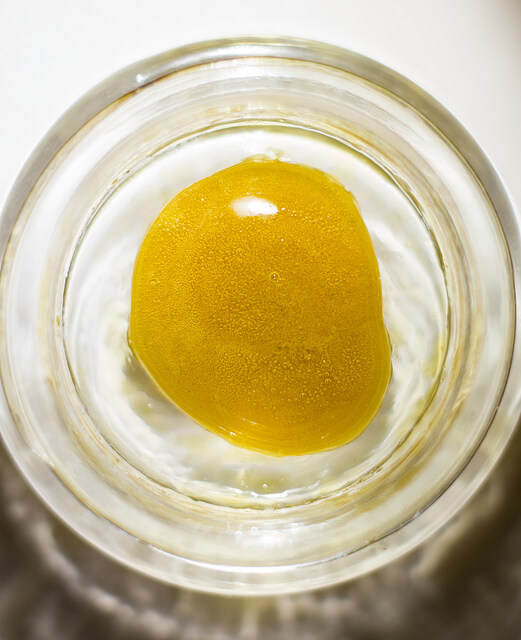 In our previous two posts, we covered two of the more common methods of consuming cannabis: smoking and vaping. Today, we’ll be moving in a newer and more powerful direction: dabbing.

If you have heard of dabbing, you probably know something about its potency. For cannabis, the word ‘dabbing’ comes from ‘dab’, as in, “A dab’ll do ya”. Dabbing has much stronger effects than either smoking or vaping. Dabs hit considerably harder, and they tend to last much longer, too.

Part of the reason dabs are so potent is because of what they are made of. Dabbing refers to a particular way to consume extracts, also called concentrates. These products are so strong because they have high concentrations of cannabinoids — what might be considered the main ‘active ingredient’ in weed. They are produced when solvents strip away much of the cannabis plant itself, but leave large amounts of the cannabinoids behind (and hopefully some terpenes, too).

Dabs are consumed using a dab rig. This contraption usually looks something like a bong (though not always). To smoke from a dab rig, a ‘dab’ of extract is lowered onto a super-heated nail — this is where one would find the ‘bowl’ when smoking flower from a bong.

The extreme heat of the nail causes the concentrate to vaporize, rather than combust. The consumer then breathes the vapor in from the pipe. Combined with the already highly concentrated cannabinoid content, this method tends to hit harder than just about any other.

Dabbing vs other methods

The main difference between dabbing and smoking or vaping is that dabbing is simply stronger. That does not mean, however, that your tolerance or how high you want to be are the only factors at work. For those with severe medical needs, such as chronic pain or severe nausea, dabbing may be the only method capable of delivering effective relief.

Additionally, a high cannabinoid content does not exclusively mean a high THC content. Many concentrates focus on high CBD content instead, and some shoot for a more balanced cannabinoid profile, creating different therapeutic effects and serving different medical needs. Of course, whatever your preference, it’s important to be sure that you know what works for you.